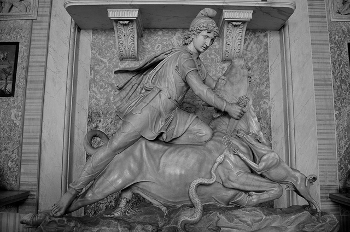 This world has two things going on right now that are definitely setting the tone: The internet has placed the entire cornicopia of human ideas at our fingertips, while automation and trade are forcing more and more people to use those ideas as products in an entrepreneurial fashion. Combined, these two forces are blessing us all with the opportunity to walk in this life as though we are strolling along a stage of ideas. The lights are up and everyone’s out in their Sunday best.

Browse at your leisure.

Interestingly, we think this is new, but is is not. Technologically, yes, but culturally and structurally it is very similar to the Buddha’s time.

Most are unaware that the “dharma” sourced from the Buddha actually came out of a time of great social upheaval and rebellion. In that time, advances in tech were disrupting the caste system, because it was causing massive changes in agriculture, displacing many. In a society where soul is quite literally defined by job, this was abject chaos. From this chaos, many people broke ranks and started doing “way out there” shit with ideas to explain what was happening. Collectively, they were called “Seekers” as we use the mostly pointless term “thought-leader” today. It was on this world stage of ideas that the Buddha found himself meandering.

Importantly, almost every philosophy of thought we think we invented later was on that stage, in some way or fashion, including nihilism.

Now, from our perspective, the Buddha took some wrong turns. As I’ve said, I am not planning to walk around with a rice-bowl any time soon. Likewise, I will stop having sex when my genitals stop working (hell, probably not even then). However, the Buddha and Darkworking do have something in common. Unlike the other Seekers, the Buddha didn’t start with a theory and then set out to go make it fit the world. Instead, he observed the world as it was and let that dictate his theory. Obviously, this approach becomes pivotal down the line with the scientific method, granting that they limited themselves solely to empirical observation. Likewise as to Buddhism, Darkworking does not place this objective and empirical limit on itself — it becomes hyper-subjective and pragmatic.

It looks to results, then lets those results form the principles of its practice and approach.

Which is why when people say to me, “Wow Asmoday, now that I look I see Darkworking everywhere. It was like I just had to adjust my eyes and look,” I just smile. Yes, because Darkworking didn’t start on the idea-stage and then go work the crowd. It studied the best in brightest in the crowd, distilled their truth, and then chucked it up on stage for all to share.

That is why that “adjusted eyes” thing happens when you start using the tools.

Now, when you go theoretical and academic with Darkworking, one key feature of the Path that you notice is something called the “Apollo-Dionysus Split”. It refers to the inherent conflict of the Path. Apollo in many ways, is a God of reason, order, and control. Contrasting, Dionysus is very much so a force of liberation and indulgence. Neitzche talked about this at length, if you want to follow up. For us, this is pointing to the “big-one” — the inherent, fundamental paradox we face in the Descent. On the one hand, we are told to restrain ourselves; On the other, we are told to indulge. It is in the furnace of tension between limits and rejection of limit that the Descent is driven.

Most Darkworkers (if they know themselves as such or not) resolve this conflict by operating in a dominant mode. To drop the occult gobbley-gook down to the brass tax: They allow one approach or the other to be the focus of their approach in their Descent. This is natural and to be expected. It all starts when we awaken self-love and begin to exert will towards shaping something greater for ourselves. Some will chose to do this primarily by expressing rebellion and rejection of social norms, focusing on “letting Self flow”. Others, will express that will in the form of control and dicipline, “training Self up”.

In a sense, opposite sides of the same coin, if you take the zoomed-out view of things.

However, this is lop-sided. It creates a problem that must eventually be balanced and faced. It is the same problem, but how you get there is different on each track.

The reason is, if you go to the Apollo side, you become too cerebral. Putting so much focus on forcing will onto reality in a rational kind of way, self-doubt is the natural consequence. Remember, self-doubt is a question we solve through action. Can I do this? Go try and find out. Even though this solves the question, nothing actually prevents the brain from asking the same question under new circumstances — a shitty onion of self-doubt with layers that just peel back into each other, infinitely and forever. But, on a certain level, the questioning of Self is irrelevant, if one understands that the Self is infinite. Thus, passion unchained is the antidote to self-doubt, but is not to be found in Apollo. The mind, because it is an isolated white board, attached to reality, can ultimately deconstruct and question anything into oblivion. A trap.

By contrast, Dionysus could solve this problem, but is busy wrestling another catch-22. If you allow passionate rejection to be your dominant mode of expression, you get only trace value of insight. Gluttony alone breeds stagnation and we all know this. For example, rebels are only respected with a cause. The cause is a limit, a restraint within which the rebellion operates. We vibe with them because they are clear to our hearts. Restraint, spiritually, is just like the weight in a gym. It is through resistence and repetition that we become stronger. As insight into our true nature is the goal, it is limit that produces contrast, so we can see who we are like an image appearing before us. Without that contrast, we get experience but very little image. The end result is again, self-doubt. Here, you’re not doubting because of thought-based questions — you’re doubting because you can’t “see”. The question you are chasing an answer to is, “Who are you?”, but without restraint, you get only glimpses. No matter how much you go out there and achieve, the full image never manifests. The glimpses have no context, the insight has no staying power.

Symbolically, the solution to this dilemma (sidenote: the word literally means “two horns”) is set up for us in the figure of Mithras. The bull, which he slays, represents the Apollo-Dionysus Split. Each horn is powerful, indeed, but also deadly. The bull is charging at us. If you go left or right, the Dionysian way or the Apollonian way, you get shish-kebabbed. A real bitch of a situation, and you have to decide now, because the luxury of analysis passed long ago. Mithras slays the bull, solving the problem, by cutting the throat. In other words, he doesn’t go either way towards the horns. Nor does he dive out of the way and thus reject both methods. Instead, he embraces them both, moving between the horns. It’s coyote-option in action.

Importantly, the bull charges at you and takes time to close the distance. This is something we resolve later in the Descent, not early on. At first, the bull is far away, and we have a tendency to react by putting our weight on one leg or the other, preparing to jump. Of course, as it gets closer, we realise this won’t work…

In short, these two Gods within ourselves, ultimately, must be individually explored and merged.

Of course, I leave the discussion of how to do that for my upcoming books. 🙂

In the interim, I want to take you back to that stage for a moment. Remember, the power of Darkworking is how the tools are developed. Not by conjecture, but by reverse engineering from what is working. All this description is just talk, for something to hold valid in the Darkworking sense, you need a real-world example. More importantly, this isn’t something I want you to just think your way through — you have to see it for yourself to know it and use it.

Or, in other words, we need a case-study.

Now, when doing Darkworking case-studies, especially at a distance, successful Entrepreneurs are a favorite. Unfortunately, many take this as some kind of sign that Entrepreneurship is a requirement on the Path and nothing could be further from the truth. There are 1000 ways a Descent could unfold in which Entrepreneurship never enters the equation. Yet, for this purpose, they’re efficient. It is easy to confirm their nature as Darkworkers, as their skill-set, results, and necessary actions make it easy to determine that they are in fact polarized and on our side of the fence. You have to look, but the risk of being wrong is minimal.

Therefore, I submit the following video, created for another purpose entirely, that examines two Entrepreneurs in detail. Both of them are Descending and Darkworking. On that, trust me. It is clear as day if you watch the subtleties and pay attention. One had some issues with Dark Fusion, but rebounded. The other, has very high Masking. That is, concealment of true nature. If you misread this person as a Lightworker, watch yourself. You are highly likely to get pounced by these types in the future, best to take off your rose-colored glasses now. I leave it to you to determine which is on the Apollo track and which is on the Dionysus track.

Screw the stage. Look first to the crowd.

And remember: As Within, So Without.