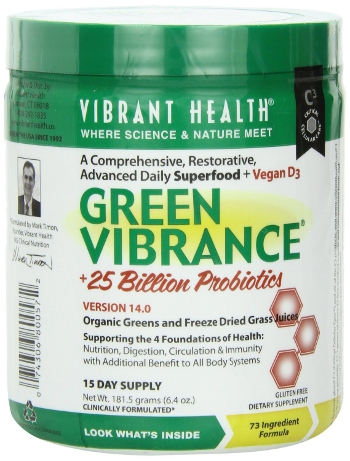 Everyone and their brother, along with their girlfriend’s cousin and her friends wants “Lifehacks”. These are small shifts in habit, execution, or daily routine which, once applied, produce dramatic impacts. Most of the time, I discount these, because I’ve been around the block enough to know that real change takes real work. Well, in this case, I’ve got one. Grab your junk and grit your teeth, because this here is one wild ride…

Warning: Asmoday is not a doctor and does not play one on the internet. Please consult a proper medical professional before acting upon this or any other health related advice on the Experiment.

Like most people, I too have health and fitness goals. However, the problem that kept occuring was lack of sustainability. Ultimately, cravings for the standard-american-diet type of food would overpower me and derail diet. Once this occured, exercise was near the chopping-block. After all, a tired or recovering body just doesn’t want to work-out. Then, once the work out caved, in the presence of a lack of endorphins and a poor diet, the mood shift reared its head. Thus, my progress was consistent, but my gains were slow. Half-in, and never out, so to speak. I know a lot of you know this cycle I’m talking about.

Well that all changed when I did one simple thing: I comitted to nothing more than breakfast, a smoothie, with Green Vibrance in it. It didn’t matter if I worked out or didn’t or what I ate for the rest of the day, as long as that happened — I was gold.

Because, this hornet’s nest problem is complex and interrelated — but it ultimately comes down to nutrition. A body starved of nutrients will crave more of the bad stuff, looking to get traces of what it needs. Moods are influenced by and turn crappy in the face of poor nutrition. What you need is a goddamn nutritional atom-bomb to blast this ISIS-like quandry into oblivion.  Of course, I’m not trying to educate you on health here or have all the nity-picky debates. For now, I’ll let you come to your own conclusions, I just want to share what literally changed my world in a weeks time.

A lot of people get here, and they try to fix it with a vitamin. Sadly, that ain’t your road. You don’t absorb those properly and you’re effectively just shelling out money for expensive piss every time you look down in the toilet. Yes, even if they are “time release”. Which doesn’t even speak to how the good stuff in the vitamins is sourced and derived, which is important. And, your body needs a lot of stuff not marketed (I mean, recommended), by big agra (er, I mean, mainstream health institutes). Plus, there’s a whole pro-biotic component in most people’s bodies — basically, your intestines where nutrients are mainly absorbed are torn to shit and in desperate need of repair.

Our ancestors kinda knew all this in a common sense way, which is why their main caloric float was grasses.

Enter Green Vibrance, your fire-and-forget for nutrition. It has everything you need in one scoop. It is light on minerals, I will say that, which is why I add some fortified protein poweder to my fruit smoothie. Bam, covered. Boosts the calories and gets my post workout protein in. Because, on its own in water, I can’t drink this stuff. It tastes like I just swallowed a distilled essence of elephant asshole. However, throw it in with some blueberries, couple bananas, and some almond milk and I can’t taste it. At all. Not even once.

This shit is the Spice we have all been waiting for. Your name will become a killing word.

Green Vibrance has more nutrition than any other supplement I have found, including Athletic Greens, for a cheaper per-day cost. It comes down to about $1.39 per day. And, it has a whole probiotic suite attached to boot, which alone would cost at least $45. Then, just to be show-off assholes, they throw in a cleansing and circulation-boosting suite, which can run another $40 on top. So, they’re giving you a nutritional supplement that is a triple threat for the same price as a standard nutritional supplement. Also, these people are constantly watching the latest in nutrition-science, and tweaking their formula. To them, one-shotting my body is an artform, and they sure are masterful at it. I experienced the following results:

In short, it changed the game for me, in the span of a week.

This allowed me to single-handedly put down soda and never look back. All I had to do was substitute tea for caffeine, drink kombucha on the weekends, and throw some sea-salt on my salads. Seeya yellow #5, don’t let the door hit you on the way out.

On the downside, the only negative thing I have to say about this product isn’t even their fault. That is: How you get it, matters. This has probiotics in it, and needs to be refridgerated. Sadly, there is only one store here in town that carries it on my side of the city. I walked in and saw one. Just one. Sitting on the dry-goods shelf gathering dust on top. Well, duh. No one is going to buy it, the good stuff is dead. Thus, I have it overnight shipped to me via amazon. Unfortunatley, it’s not refridgerated on their truck, and I’m fairly certain its not properly warehoused. The best I can do on this point is try to be home on that shipping day and immediately put it in my freezer.

So, check it out at the company page. Give it a week and see for yourself.

As for me, you’ll take my green-cocaine from my cold, dead hands.

Get Your Green On!