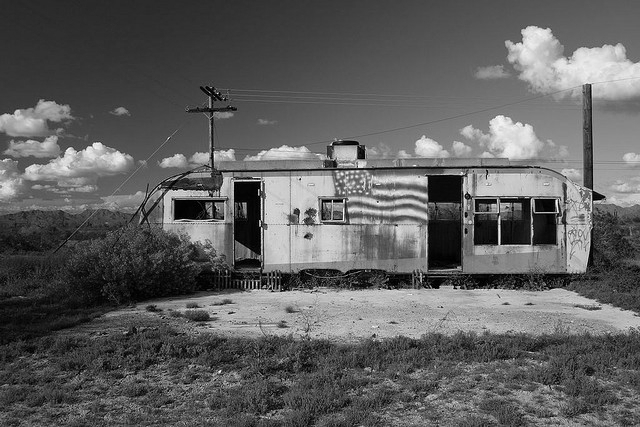 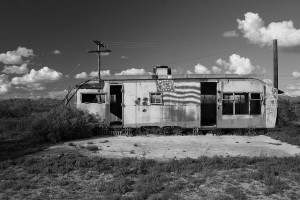 Our twisted little troup rolls again through the sultry streets of your mind, with words and images, to make the Path come alive. I’ve said it once and now I’ll say it twice: We have what you need as whispered from your heart’s insides. Come on over now, don’t be shy. Here again is another feast for your eyes — a sure-shot gramattical cacophany, an occulted explosion of true catastrophy, yes, another slice from my life for you to read and heed. You said it to me and you said it loud: More storytime, you dancing clown.

Who am I, as a Ringmaster, to deny the crowd?

Friend, I have but this to say: Careful what you wish for, pleased to meet you, hope you guess my name.

But, safety first before we start the ride — gotta get that strap buckled nice and tight. For the sake of mortal legality, we must make it clear that everything writtin herein this series is a collusion of illusion, a geniune hy-po-thetical, a falsified tautology. Events have been fabricated, actors emancipated, but places abide. As the curtain rises, we may use the pronoun “I”, but rest assured, that is a dirty-dog lie. With that out of the way, move your feet, take a seat, have a stay.

Tonights tale is a continuation of the Autobiography of my Descent, upon which I refuse to relent and produce chronologically.

Our story begins where all good things should — in the dirt.

Well, with my face eating dirt that is…it being attached to my mouth, which is what got me into this predicament in the first place.

Long story short, this fat fuck is mad because my step-brother told the truth and called him fat. Actually, I think the phrasing he used was, “half made of god damn doritos.” Witty, for my step-brother, I have to admit. Nevermind that my coward of a quasi-sibling wants a shot at fat-fuck’s girlfriend, which is why he said it in front of her. See, my step-brother’s problem is that everyone’s hormones are switching on in our pre-teens and he has the looks of Sam Winchester, with a bit of a red-neck honey-tongue to boot. This makes the ladies flock to him (good) but also brings all the guys who are now furious to be dating their own hands again (bad) to the yard. Unfortunately for me, unlike Sam Winchester, he has zero pain tolerance. This makes him easy to leverage as a brother (good), but also means that no matter how much I teach him how to fight, I am wasting my time (bad).

I might as well be trying to teach Ted Cruz about net neutrality.

Further deepening my shitty-end of this marriage-enforced teeter-totter is the simple fact that I can fight, as far as adolescents go. At this point in my life, I’m fresh off competing in Taekwondo. Prior to my parents divorce (and our subsequent move into this tin-coated hell-hole), I took to it like a duck to water. Winning, feels good, something I never truly outgrew in my makeup. Even though the martial art is weak overall, it gave me a significant edge over my peers. Yet, on the flip-side, I am also small, even for my age — a result of premature birth. This means that to secure peace for myself in this white-trash mecca, I had to whip ass right out of the gate and establish a reputation. Consequently, anyone who comes after me or my brother is going to bring backup. Then, once they arrive and see what small-frame goes with the name, they definitely chalk it up to hype and want to test it.

In short, my strategy was a net-backfire, but this didn’t stop my step-brother from exploiting it to his full advantage.

This is where Asmoday learned that power is like rock-paper-scissors: Mental trumps Social trumps Physical trumps Mental. If you can out-think them, you can out-maneuver them; if you can’t out-maneuver them, then leverage the group; if you can’t leverage the group and you must fight them, go all-in before they can prepare and their thinking amounts to nothing.

Of course, none of that is the point, my friends.

What was at issue was that said fat fuck chased my step-brother into the yard of our trailer, two of his friends in tow.

I can’t have that, now, can I? Before you know it, my rep is gone and my yard is everyone’s little testosterone-dumpster. Nope.

I step forward, next to my Winchester. He steps behind me, #yesyourshield style. Assclown.

An orange-coated finger rudely juts out at me.

I study the kid for a second. He’s clearly tired and winded. More importantly, he’s doing a body language cue I learned to look for early-on. His fists are clenching then unclenching, staying open far longer than closed. This is usually a sign that someone isn’t really looking to fight.

“He dogged me in front of my girl.”

From behind me, I hear the pitter-patter of little supermodel action-series feet. I don’t even look back. He won’t be there.

I’ll be pulling double-Dean-duty with this here pound of flesh.

I give an audible sigh, “How?”

I am Asmoday’s raised eyebrow, “You are fat.”

I watch him closely here. He doesn’t step forward when retorting. Big sign in my favor.

“Look,” out comes the snack-finger again, “one of you apologize and we’ll be good.”

Ah. Fat fuck has given me an out. The out I was looking for this whole time. But, I have this streak in my personality. Its roots run deep, right down to my very core. I don’t like being commanded to do something. Asked, fine. Requested, sure. Ordered even, given that I’ve agreed to such a relationship. Hell, I could even fully agree with your position and idea 110%, but if you bark at me to do something and I don’t know you from Adam or I view you as my inferior — I balk. Reflexively. Always have, no matter the cost.

I wish I could say this is where Asmoday learned to allow discretion to be the better part of valor. No, I never learned that lesson.

“We’ll apologize,” here comes the smirk, “when you can run half a block without sweating nacho-cheese.”

Now, I didn’t know what my step-brother had said yet. This was a glorious syncronicity on my part.

I watch his eyes flash and his face jiggle.

His friends laugh. But, he doesn’t advance or ball up.

My insides drain of tension. He’s not going to do anything. The group starts to back up, spewing shit, but out of swing range. It looks like this one went my way.

I then make a tactical mistake. Figuring the situation was diffused, I stand my ground, but go down on one knee to tie my shoe.

“You sleep on fucking trash and dirt and shit.”

“Actually,” I half-chuckle, “I sleep on your mom.”

Before I can blink, my face lights up like a christmas tree. The cause was a shoe ramming into it. Now, before you totally write-off my ability to read body-language, the owner of said shoe was not fat-fuck. It was his buddy, standing to his right. Gravity is my master now as I am forced to obey its command, flipping around and back, into the yard.

This is where Asmoday learned to watch the body-language of the whole group, but specifically the Alpha and the Beta. Unlike TV, “naturally occuring” Betas are usually more unpredictable — they got to their position by being valuable to the Alpha both as a quick-trigger and a non-threat due to lack of wisdom. Thus, knowing he or she needs the Alpha, the Beta has an added bonus of keeping the group in line. In short, loyalty with all balls, no brains. Combine those traits with lack of awareness on my part and you get a sneaker imprint and a mouth full of dirt.

I am now on my stomach. The three quickly close in a triangle around me and start to deliver the stomp-fest. Part of my brain, a primal, wise part knows that this is bad, really bad. My stomach fills with lead, and it’s not just nausea caused by the rib-kicks. Laying face-down is the worst possible place to be when violence breaks out. I’d rather be handcuffed on my knees than hands-free on my stomach. Problem is, instinct kicks in and tells you to get the hell up. Naturally, to get up when we fall, we do it “push-up” style. Almost always, if you have more than two attackers and you’re not the Hulk, I’ve never seen this work. If you’re ever in this situation, I recommend you get the hell off your stomach, to your side or back, ASAP.

This is where Asmoday learned that knowing a martial art that practically hands out black-belts with fries at a drive-through window, is not enough.

Just when I thought things couldn’t get any worse, they did. At the time, I have a rat-tail. Yes, I had one. I was the boy-pimp of the trailer park. It was quite long, and the source of my mobile-home Sampson-like powers. Fat fuck now has his knee pressed into my back, and is using my rat-tail as a handle to drum my head and soul onto the ground, into the next life, In A Gadda Da Vida style. First pound brings pain. Second brings pain and fear. Third calls the lightning, white spots and stars sing up into my vision. I can feel myself being pulled by that reaper, down into the field of the unconscious.

There’s this odd thing I’ve noticed in nature — which is a paradoxical thing to say the least. On the one hand, it’s beauty and majesty is stunning. It can floor you with a snapshot. On the other hand, it is cruel, savage, uncaring, brutal. It can snuff you without such as a second thought, and be a dick about it to boot. Complex. A reflection of ourselves, for sure. One time, I remember watching this coyote rip a rabbit apart. As its guts got opened up and exposed to the air, there was this odd moment. At first it struggled and thrashed, but then, something inside of it just let go. Surrendered. It just checked out, accepted its fate. Almost like nature had a nice kiss after the storm and let it fly free there in the end. It was still alive, but not present.

In short, I started to rabbit.

This is where Asmoday learned that the objective of life is to avoid being the rabbit as long as possible.

Oh, looks like we’re out of word-count for today-folks.