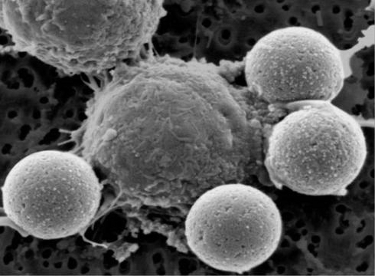 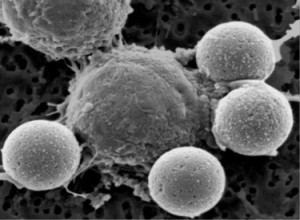 We should always be suspicious of dichotomies (it can only be “this” or “that” kind of statements). But, let us remember that suspicion doesn’t mean automatic rejection. Sometimes, the either-or is actually true. For example…

There are two kinds of people in this world: Those who have broken the phantasmal chains of failure and those who still are still enslaved under their illusionary power.

In fact, this more than anything else, is what separates the a-players from the bench-warmers. And, in this arena we call life, a-players generally get what they want while bench-warmers occasionally get lucky. All from this simple, internal shift.

Simply put, which do you want to be?

If you answered the former, awesome. And, I’ll bet most of you think of yourselves as a-players who have liberated yourselves, while some of you admit the problem in your heart of hearts. Either way, do me a favor.

Close your eyes and picture yourself doing something you’ve never done before. Make it grand, public, and epic in scope. Vividly see yourself failing, just as epically. Pretend that the whole world saw it and they are mocking you on the internet with memes and making jokes about you on television. Also, imagine that people you admire and care about are giving you signs of disapproval and looks of embarrassment. Just run that exercise real quick.

Believe it or not, there are people who exist that, during this exercise, see themselves laughing and shrugging, going about the process of trying again almost instinctually. They do not experience what I believe most of you will — at least small traces of pain, fear, shame, and guilt. If those whispers are there in your psyche, then it means failure still has a grip on you, even if you have gotten really good in one or two sectors of life, otherwise. The worst sign of all is if you reactively engage in blame, defending your actions and bellowing about how the cause was something not related to you.

If you experience any of that, then this presence in your mind tells us something about your paradigm.

It means you haven’t shifted over from bench-warmer to a-player, completely. Nothing wrong with that, but you want the process to go all the way — if failure conditioning is still there, it is a poison. It sits in your mind in the background and causes drag on anything you undertake, especially something new.

You are not as productive, powerful, and effective as you could be.

There is a silver bullet that eradicates this, fire-and-forget style. But, I warn you: It is not easy and not for the timid. It belongs to those whose have the chutzpah to win consistently. Anything less than maniacal commitment need not apply. However, I am a benevolent God and am more than happy to give you a reach-around before I bring the nasty. So here goes…

Ultimately, why you have resistance to failure is irrelevant. We could blabber together about our hunter-gatherer roots, where failure meant falling off a cliff or expulsion from the safety of the tribe, and thus evolution hard-wired caution into you as a conservative survival-maximizing strategy. Or, we could cuddle and sling tissue, crying over the spilt milk of your childhood where your parents shamed you for doing something when you were just the tender age of (insert digit here). Thing is, so what?

That’s all just a bunch of “back there” bullshit.

The truth is, in the modern world, failure has never been as safe as it is now:

Here is the truth about failure:

Allright, does that tap your inner-warrior? Good, cause we are jumping into the crucible…

This failure limit is a virusof the psyche, we need it out. Now, we could waste lots of time trying to slowly purge it from your system, or we could be badasses. Thing is, if a virus has nowhere to live, it dies. It can’t affect you if you make the environment of your mind hostile to it. Of course, how do we do that? Just like with any vaccine, we introduce the virus in a controlled fashion, so our inner-immune system can spot it and destroy it. This way, we innoculate once and we don’t have to do maintenance and mantras — if it can’t live in us it cannot impact us.

That’s right, what you need to do is repeatedly fail on purpose, and your mind will reactively make you immune to future failure-thinking.

But, we don’t want to do this with failures that have a high materials cost. Starting businesses you know will flop repeatedly is a rediculous strategy. Likewise, if we’re going to do this, we need to go hard or go home. Why pussy-foot around with a light flu strain when we could just jump to ebola? Grabbing something hardcore, because we are talking the mind and not an actual virus, makes this process shorter and most efficient. The primary root fear that drives all this failure-avoidance is a fear of rejection. It is why people fear public speaking so much, it takes their fear of rejection and piles it on to a mass-scale. Ultimately, our fear of failure generally stems from how we will be percieved by the tribe. We know wounds heal. We know money can be re-earned. We sense that loss of reputation is permanent, like expulsion from the ancient village. And, we know on our own, we won’t be able to fight off the lions. So, we equate it with death. Powerful, indeed. But, nothing more than a dirty-dog lie.

Thus, what you need to do is this, we call it a Trial:

It is really that simple. If you undertake this and follow it through to conclusion, you will blast failure-thinking right out of your synapses and create an immunity to it in the future. Just like that. Hard, but universally effective. Like I said, not for the timid, but it is a one-stop, fire-and-forget solution. Or, you can read books, “feel the fear and do it anyway”, write in your journal until your fingers bleed, or shell out thousands for therapy — and get precisely dicksville nowhere. Your choice.

Here’s the thing, we are with this Trial repeatedly exposing ourselves to the most paralyzing of fears — fear of rejection. This, we equate with failure, which we equate with expulsion from the tribe, ultimately seen in the primal-brain as inevitable death for us mammals. By repeating this exposure, we are replacing all that hypothetical conjecture in our head with a real-world dataset. It gets past all the subconscious conditioning accumulated over the years, right into the here-and-now.

The first thing we start to realise is that rejection isn’t that bad. We relax. In relaxing, we find it harder to be baseline rejected. Thus, we have to up the ante, getting more radical in our approach. Now, we are trying to fail, but not afraid of the pain of that failure. In this manner, we start to truly liberate — because we realise failure isn’t that bad. Having neutralized failure, the deep and complete paradigm shift occurs. We see, not think or conjecture, but come to know that just as we had to strategize to fail, success works in the same direction.

The end result is that a set-back becomes a step-forward. We act freely, unrestrained, with the full benefit of our energies. No holding back. No reserves. Now, we don’t dump wisdom or logic in our approach, far from it. We are finally listening to failure as a welcome friend, not darting from it like a predator in the field. Others see this shift in us, and it brings them inspiration and awe. Or, if they are our opposition, they start finding a way to be out of our path.

In short, we go from being failure’s bitch to fortune’s hero. Kinda like this: