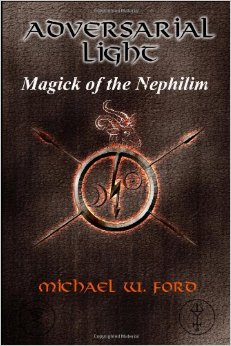 Rarely, in modern occult writings, do we find cohesive scholarship in any sense of the word. You see, there is a lowest-common-denominator creep that has washed over the major publishing houses. What this means is that store shelves are lined with books that either talk down to you like a child, or water down the subject matter so much as to become virtually useless to anyone with even a rudimentary understanding of esoteric principles.

In this environment, the true seeker has few places to turn.

Most of the time, after reading one, I am left with the feeling like I have just been ripped off in my hotel room by a denture-sporting hooker who didn’t finish the job: Having shelled out both money and time for a text written by someone sitting in their underwear in their mother’s basement, who promised the world and left me hanging. Most likely, making their World of Warcraft money by constantly milking people like me and churning out books by doing nothing more than chaining together and fleshing out a series of articles stolen from wikipedia, with a graphic or two to hide their ignorance and incompetence.

However, this is definitely not the case with Adversarial Light: Magick of the Nephilim, by Michael W. Ford. Quite valiantly, he wades into the modern sea of toothless prostitutes and pretender Magi, reaching out to save us from our plight with a life-raft that is jam-packed with real knowledge.

In one sense, this book is an overview of the Luciferian school of the Left-Hand Path. Now, defining this school is a complex undertaking and beyond the scope of this review. For the sake of brevity, it is the method of awakening the God Within which focuses on replicating the journey of the Adversary and all that entails. While the school does assume a magical component, it can be adapted to an atheistic perspective — no deity required but the one inside you.

If rebellion is your resonance point with Darkworking, this one is worth your time.

Which brings me to the thing I like most about Ford: He’s a tracer. They are rare and worth their weight in Lilith’s hair. To explain what I mean by that, some scholars are the type who just have an obsession and a knack for following ideas back through time. Doing this properly takes serious discipline. It is like intellectually tracing a single grain of wood on a hardwood floor until you hit the wall. One cannot just connect points, they must let the evidence guide their reconstruction. The advantage they bring is that they can then walk you through the dance of ideas from their origin to the present — precisely what Ford does — so you can see them unfold. This brings more insight than most other approaches, and as any Luciferian will tell you — insight is power.

Honestly, I cannot stress the breadth and depth of his scholarship enough. You know that annoying person down at the new age shop who is always trying to “wiccasplain” things to you about the Old Gods? Read this book. Talk to them again. You will school them, easily. The man goes into the etymology of the names — that’s how far I’m talking.

Of course, to say this work is purely an overview or a history of the Adversary is incomplete. Ford walks you through the Adversary (which is so much older than Satan) and nearly every entity related to the Adversary — then shows you how to apply this newly gained understanding directly to magical workings. His basic introduction of an entirely independent magical system stemming from this occult history is just as comprehensive. Further, he compares philosophies and magical techniques across major schools. This is the move of a mental badass, kind of like how a certain insurance company is so confident in their prices they will shop around for you while you’re on the phone with them. Yeah, it’s like that.

Finally, sprinkled through the text are the pragmatic sections — which drive most of my thumbs up to you, Darkworker. It’s not just high-flying theory, he brings it down to the here and now, discussing real life applications of Dark Principles. This is my litmus test, and he passes it with flying colors. Luciferian in approach or not, these sections alone are worth the read — and I think some will be in for a surprise. For example, he explains why a true God doesn’t need curses. Put that on your altar and smoke it.

Here are some of my personal highlights of the goodies I gained from his work. This is just the tip of the iceberg, and I now am making connections that have eluded me for years:

In short, I’m definitely suggesting you to give his book a shot, but I am also whole-heartedly recommending Michael Ford himself. He’s a good teacher to have in your corner, even if Luciferianism itself isn’t your particular cup of dark flame. He has a shop online, Luciferian Apotheca, and a Youtube Channel.