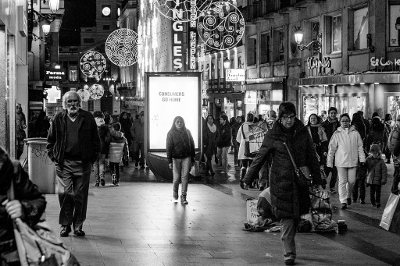 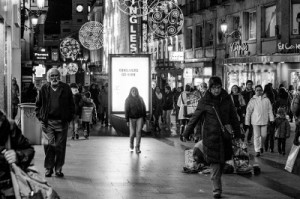 These are my absolute favorite of nature’s little menagerie: Those slovenly souls who have not yet gotten a taste of their true nature. They bumble around through all of creation like cuddly, gluttenous little animals, stumbling so hard through their alotted moments and convinced that they are not destined for the inevitable tragedy that awaits them. So sad. In their minds, they envision themselves as the hero(ine), always with action (“someday”) just around the corner and time an inexhaustable fountain. One day, they just drop dead. A waste. Giant, externally-value-driven pigglets, being herded straight to the slaughter.

Honestly, Darkworkers, it doesn’t matter if you turn them to your own purposes. They would turn themselves into bacon with or without your help.

But, here’s the awesome-sauce in my hardly sympathetic stew: Are you a Sleeper?

The answer may surprise you.

Most of the people who come to this blog and read the articles are not Darkworkers. They’re not even Lightworkers. Truth be told, they’re not “working” much of anything. In reality, they are Sleepers in the process of awakening. You can tell, because they either don’t do the work (getting an inner scooby-snack just from reading the articles), or if they do put in the time, they don’t stick with the work and claim the process. Thing is, people are revealed not by what they say, but by what they do.

People are buried in lies and illusion, so much so, that 99% of what comes out of their mouth is nothing more than word-vomit. Look past the words for the real deal that sits inside. Their actions spring from the formations inside their mind, in a way they cannot hide no matter how hard they try. Actions are the “tell” of the psyche. Thus, let us look to the Sleeper mind, determine its dominant characteristics, and note the behavior produced. Thus armed, separating the wheat from the truffle-chasers is an easy task.

The Sleeper has not touched their infinite nature and discovered that they shape reality. Having not done so, they survey the world and percieve nothing but scarcity. Every shred of gain for someone else is a loss for them. It is a finite world, is it not? Only so much to go around, right? This goes for everything from promotions, to dating partners, to the last cookie sitting on the pan. In their universe, existence is one big, thunderdome-style game of musical chairs. Lots of people claim to be Darkworkers, and have this over-the-top predatory mindset. Again, it is a fatal flaw stemming from illusion. Remember, on the Path, competition is embraced because it is the single most concentrated form of growth-juice known to the human race. Not because life is winner-take-all.

Now, the Sleepers handle this one of two ways, proactively claiming or proactively bowing out. See, this view exacerbates competition (get it even if I don’t want it just so someone else can’t have it) and hightens loss (if things are scarce, losing is the worst thing ever, second only to death). So, what you get is either them not trying for something, or competing in such a manner that victory isn’t serving growth — the chase has become a compulsion. Both of these approaches are rooted in a fear that has mastered the individual, not one that is guiding them to areas of insight. To touch the tip of this iceburg:

As Darkworkers, we know better. We go for the same promotion, you get it, I kick rocks. Inside, I know I created this failure and I can always create another opportunity. Dont’ get me wrong, I went at you like a fierce beast. But, my primary concern is why I created the loss — what lesson am I trying to show myself? How can I improve? What can I learn from how you won? Or, I love a woman. She dumps me. Of course I am hurt. But, as a Walking God, guess what? I’ll make another one. A better one. Lasty, let’s say there is a challenge that I want to try, and the likelihood is high that this surpasses my skill level and I will fail. Well, so what? What if I do fail? In life, if I am not dead, there’s always tomorrow. You see, in the Darkworker mindset, there is an inner-security that comes with our insight to ourselves as Source. It breeds an adaptability and a tenacity that our Sleeper rivals cannot match.

Which is why if we want it, we get the BMW without the heart-attack at 40. Important caveat for which to strive.

One way of putting this is to say that Sleepers favor “short-term thinking”, but I dislike this framing because it oversimplifies the root cause. This can become a decided problem when you operate with them, because having an incorrect perception of their mind can lead them to suprise your ass at inopportune times. What we are seeing with this behavior is the manifestation of their lack of true Self-Love. Viewed in this way, those pesky little nuances become much more understandable.

Now, loving yourself takes many forms. However, it all leads up to the apex expression: The love of a parent for a child. Across cultures, we know this to be the case, which is why we keep trying to fit bearded-Yaweh into the daddy-box. And, as any parent will tell you — one of the primary functions of a parent is to teach a child dicipline. While this gets muddled, dicipline is simply the forgoing of a current pleasure or undertaking of a current pain to either create a greater pleasure or move oneself towards a lesser pain in the long run. Seeing themselves as limited agents in a scarce world, with no self-love to guide them they rationally (from this perspective) start tap-dancing. Hard to watch them do, once your eyes are open. They pull as much pleasure as they can towards themselves in the here-and-now and push away as much pain as they can into the there-and-tomorrow. For example:

Having glimpsed their true nature and been unable to avoid falling in love with it, Darkworkers reject this approach. Ultimately, these are all self-defeating. A good parent would never simply watch these choices unfold. The sad thing about the Sleeper is that, in seeking to maximize pleasure and minimize pain in this broken way, they have cut themselves off from the highest reaches both of increased pleasure and diminished pain. In this, Darkworkers sacrifice pleasure for the sake of growth and desire, knowing that what awaits is greater than what was put up on the inner-altar. Likewise, they embrace and face pain, knowing that in this crucible pain itself becomes weaker in their lives.

By doing so, the Darkworker gains a cumulative edge that cannot be easily negated, across the board.

Simply put, the Sleeper believes the mainstay of power in the world comes from outside the Self. Power is, in the broadest possible sense, the ability to cause a desired effect in the environment. And, they will never admit to this, no matter how you phrase the question. Try it with an obvious Sleeper. Time and again, they will tell you that they can impact their world. But, their actions speak so loudly to the contrary — you’d think they just told you that if you like your insurance plan, you can keep it. This is their critical weakness. Falsely rejecting their own power, this creates a violent kind of vulnerability in them. Over time, this creates a reflex dependency-mindset that grows like a cancer. Forget the words, look for the behavior:

As you can see, this is the most polarly-opposite of their delusion from the Darkworker mindset. Having tasted our own Power, why would we blame anyone but ourselves for the effect our actions have caused? If you don’t like something, either accept it or change it — complaining is a total waste when you are the one with the reigns over your world. Dogmatically, we reduce dependency in our lives, claiming the Self-Sovereignity that is our birthright. And, we do not simply roll-over to authority or circumstances. When there is an issue; we take issue. Lastly, we believe that Nothing is True and Everything is Permitted. Hence, we are the last to be surprised when others trample that to which we feel entitled.

Though our opponents are often the ones with their jaws on the floor, since we were ready and waiting.

With these points in mind, the question is simple: Do they apply to you? The hard part here is self-honesty. Do you have the courage to take the hard look at yourself? Do these modes of thinking and acting dominate your decisions? One last time, don’t look at what you say, look at what you do. If the answer is even a hesitant yes, you’re probably a Sleeper. Now, there’s nothing wrong with that. The thing most of my fellow Darkworkers seem to forget is that we were not born awake. If they think they were, that is ego talking. Perhaps their Descent was rapid, but the Darkness is always a thing that is earned. It is part of the journey. The good news is, you are in the right place to fix it. Check out the recommended reading on the homepage for stuff to get you started.

As a better tool, my first ebook is in the works, being developed precisely for this purpose. Dark Alchemy: Tap the God Within, is designed to show you what to do in order to get you the glance at the Divine peepshow you need in order to make this awakening happen. All you need is a peek and the world slowly starts to bow before you. Now, I didn’t think this was possible for a long time. What I mean here is, I didn’t think it was realistic to guide someone to wake up to their own nature at a distance in a one-size-fits-all fashion. But, as I mentioned in the 100th Post — all that experimentation has produced some serious results. The book will re-present many exercises already listed on this side, in an expanded way; it will also hit you with a sledgehammer-force with lots of new stuff, which has been under wraps.

Of course, don’t make the mistake of thinking that if you are a Darkworker you should take a pass. First, understand that coming to realise your true nature is a process, and that initial step can happen off-balance. In other words, you can be making progress on the Path and still have remnants of the Sleeper mind. This is a lot like shaking off sleep. And, those pages have enough juice to make 5-hour-energy look like a joke. So, even if you are on the Path the exercises and techniques will bring you all the way into balance and tear out blockages, amplifying your progress.