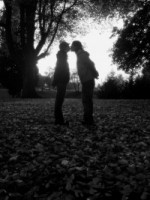 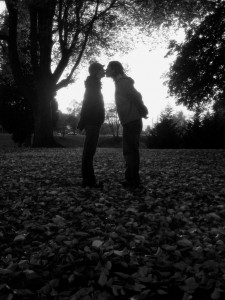 Perhaps it is the pumpkin spice in my latte, but something has me turning inward with a magnifying glass made of pure nostalgia. Of course, this is the season where I allow my inner white girl to come up to the surface and run rampant for a time. Really, it is for the best — otherwise, I might find myself wearing fur-lined boots and attending transcendental meditation workshops in the winter.

Trust me. Having her way for a short stint is better than a potential hostile takeover.

She is inside of me: Blond, beautiful, and a mass of inexhaustible neurosis.

It would be a basic-bitch social-siege of desperate clawing for validation.

Be afraid, be very afraid.

In any case, the truth is that I should be writing more stuff for Clockwork, my upcoming series, but instead I am sitting here perusing through the back-chambers of my memory, blowing the dust and cobwebs off of old thoughts and seeing what lays underneath.

A little bit of a mental coddiwomple, if you will.

Deep down, I sense there is method to my slacking, as I probably need to prime the pump for the romantic stuff I’m about to throw down in the upcoming book pages. Naturally, looking to fill my earholes with emotionally congruent sounds, I was prompted to sniff through songs with more of an acoustic tone, that hit the charts around the time that I started trying to woo the opposite sex in earnest.

I found myself chuckling at a blast from the past.

Clicking around Youtube, I found this old music video:

Alanis Morissette in all her glory, dissecting the irony of it all.

This song came out when I was a teenager. I had this little TV in my basement room in Montana, one of those with the knob you had to turn and the faux-wood casing. I managed to get the video recorded on a VHS tape (but I hated it because I missed the very first couple seconds of the music).

Anyway, I used to watch it over and over – because I saw this and fell in absolute love with her. Instant celebrity crush, factor 9000. She was kooky, and pretty, and goofy, and exotic (meaning, Canadian, ha), with song lyrics that were insightful and poetic. I loved her weird jerky dancing that didn’t judge itself. She seemed so free. Part of me wanted that for myself. In those days, my psyche was strange, because I was very cocky, but I also worried about things all the time.

All I knew was, our children would be artsy and brilliant.

This was also when I became conscious of the fact that I could fall in love with a woman SOLELY on the basis of her smile alone. A trait I still carry around.

And then…I listened to the rest of her music. All the seething rage came pouring out at me.

My heart and guts mingled with my tears as they fell straight out of my body into a steaming pile on my basement room floor.

I came to know that, even having never met me, she hated everything about me and my stupid man penis. More than likely, she always would. Our romance was like a deformed baby bird, doomed before it even had a chance to begin.

Now, around this same time in my life, it was towards the end of fall with a touch of frost, the air was crisp, the leaves were all turned, and I was walking back to my house. There was a Cathedral down the street, and I used to go spend time down there by myself just to think. I’m pretty sure that was what I had been doing, because it was earlier in the morning, I didn’t have my backpack, and I didn’t expect to see anyone — let alone her.

You see, there was this girl, a few years older than me, like in her really early 20’s. Looked a lot like Alanis. She was in school for costume design. Or, was it stage management? I don’t remember. What I am sure of is that I was in theater at the time, and I had this distinct feeling like I was an amateur just fucking off, but she was a professional. The real deal.

Also, nerdy, in the Hogwarts way, but obviously as I am ancient, this was pre-Hogwarts. Her glasses were black-rimmed and thick, but she had a squirrel nose that scrunched when she laughed, revealing a smile that could melt ice, if winter came early. I knew her because while she was in college, there were requirements she had to meet or something, so she did costume work for our high school theater on the side.

She had a basement apartment and waved to me as I was walking by. We always had a “thing”, and by that I mean really witty banter that was liberating and hilarious. Also, I liked her smile so I used to show- boat around her, so I would get to see it as much as she would allow.

I walked up to her window and sat next to it, talking with her.

More than anything, I can still smell the coffee, and peppermint she added to it, in the air. Also, there was shiny brass and obnoxious clanging. She had one of those monkeys with the cymbals that kept going off. It sat on a bookshelf that I could see through the window.

In fact, inside I could see lots of interesting things. A bat that had been treated and hung. Leggo-castles. Some sort of sculpture of a bronze-age warrior, formed out of marbles. Hand-made pottery cups that used dreadlocks as handles. She had the kind of stuff that made me feel like I was slathering my days with nothing but boring-sauce.

I wanted to go in there and learn all about her. Her eyes saw the meandering of my eyes.

She invited me inside.

Fear slapped my gut and surprised me.

I made an excuse about needing to go, but then didn’t go.

Instead, our mouths kept going. We talked about politics. Death. God. Acting.

Partway through all this, like an idiot, I became aware that she might actually have a thing for me. I’m usually the last to know. Another trait I still carry around. There was a moment. Everything was still. I could have kissed her.

She had college credits and her own apartment. I didn’t even have a car.

I must be wrong. What could she see in me?

The pause continued, aggressively stretching itself out like a beer-drenched hug from a misogynist on a public train, taking away the security blanket of all my dismissals. This was, in fact, a thing. Panic jumped out of my lap and covered my face like some alien spawn. I howled inside and stammered something about look at the time. My feet were partially asleep, though the needles didn’t hurt nearly as much as my pride as I stumbled off.

It makes me laugh now, so silly.

I didn’t go for it. I should have. All these years and I don’t regret it so much as I don’t understand why I made that choice, or rather, didn’t make that choice. I was always pro-risk, and jumping off cliffs for the fuck of it. But that one got me. It’s sort of awe inspiring, the things that stick with us through time.

Eventually, the pumpkin spice and peppermint is going to disappear. All our coffee is going to drain right out of our cups along with the great conversation, and this fall of our lives will turn to winter. No more days left for us, like falling leaves vanished under the big empty of stillness and decay.

My inner white girl won’t be there anymore to thrash around in self-doubt.

And what will we have then? What will remain?

We won’t regret our failures, we won’t remember the pain or embarrassment of things that didn’t quite go our way. And, we certainly won’t care a damn bit of what other people think of our choices. Nope.