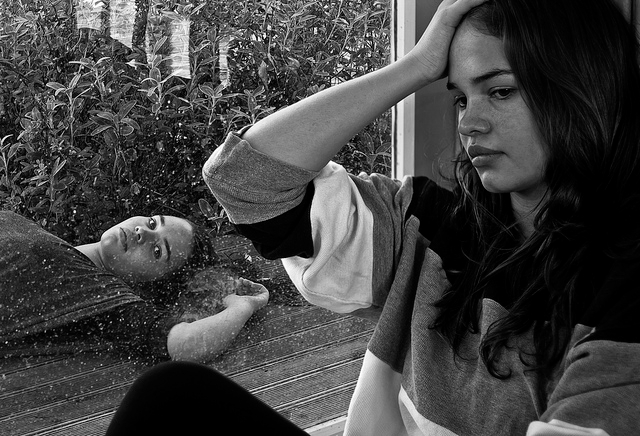 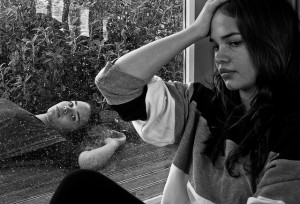 The simple answer to this question is: Ultimately, it doesn’t matter.

Because, you won’t be able to fix it until you do the opposite, which is love yourself. Dearly and truly.

Even if you were to find the roots of all your self-loathing, unless you’re coming from a place of self-love, you won’t be able to tear them out.

There has been a lot written about this blog on the topic of loving yourself. And, for good reason — most of the problems people face can be cured by simply ambushing themselves with a good old fashioned dump-truck worth of the stuff. Over the years, I have seen it again and again. People get kinked, lost, and disillusioned as they walk this merry little road called life. Usually, this manifests itself by running in circles and getting nowhere, rubber-banding on a goal by trying and failing again and again, making progress only to feel apathetic and listless, or by coming to face the horror of having invested tons of time and energy in the wrong direction. Kitty-wompus panic ensues.

The vast majority of people walking this earth can’t even take a compliment with grace and class, let alone write themselves a sonnet.

But, here’s the thing: Self-love is a human’s natural state, their equilibrium. They actually have to work hard to maintain anything else.

From there one is born and to there one shall return. The question is, how does one want to be in the interim? I’d rather do this life thing in self-love.

See, deep down, they know self-loathing is the root of their problems, once pressed on the issue. And so, a Guide serves up the medicine they need in the form they neeed it.

To increase self love, one could:

Straight-forward as fuck. Harder, in fact, than the effort these people are putting into their goals. And yet…

People usually beat away these exercises with a pipe. Which, if you think about it, actually points to the fact that it is what they need.

In life, internal thrashing signals that you’re on the right track.

Ask them to actually do the practice in any damn fashion at all, with regularity, and the rationalization claws come out, instantaneous and deadly. Having barely tried it, they whip out every drop of mental kung-fu at their disposal to back up the notion that whatever they are doing is just not working. Out goes the practice, and back in comes the cluster-fuck.

They are incredibly uncomfortable and don’t know why.

As they don’t know the why, they have to find a way to explain the feeling that lets them do what they really wanna do — back away from the entire internal space, like they just accidentially walked into the Sydney mall on lockdown. Hence, the discreditation of the practice.

Let me shed some illumination on the why…

So, let’s say you were in a relationship like the above, just locked in a room with someone. Let’s say that person ignored you most of the time. But, when they did take time to speak to you, they criticized you, talked down to you. Hell, even occasionally, for no reason, they punched you in the face. Let’s say this goes on for years. And, I might add, you occasionally try to reach out to them, but their behavior is always the same. What would you do?

You’d prolly come to hate that asshole. At least, you definitely wouldn’t trust them. And probably, over enough time, you’d eventually try to kick the shit out of them — which is precisely why people occasionally self-destruct their lives to kingdom come.

Now, let’s say, out of the blue one day that person walks up to you all smiles and non-threatening body language and says, “Hey, I just want you to know, I love you.”

How would you react? Keep in mind, you have a track-record of a negative, abusive dynamic. I’d bet you’d respond in one (or all) of the following ways:

This is precisely what people encounter when doing the exercise — all parts and combinations, sometimes, all of the above at the same time.

Understood this way, this makes perfect sense. All of it stems from the foundational issue that one doesn’t trust oneself. If the abusive partner were to sit there and repeat that behavior, again and again, well eventually, the abused party would start to relax. Now, they’re not going to leap into the other’s arms, but they will eventually relax. Over enough time, they start to believe this might just be legit. And, that’s how trust rebuilds and that is when the magic happens.

This is the “fussy baby” stage of the practice. We’ve all seen this — there is a baby that’s been fed, plenty of sleep, no colds or ear-aches, changed, played with. And yet, they’re just fussy. The antidote is just to hold it and soothe it. Where people mess up is assuming the baby needs something done that isn’t done, thus making the baby even more fussy. In actuality, the process is working. You just need to keep holding that baby, keep swaying, keep softly talking and patting. In short, you need to just be patient. Slowly, the baby calms down. Bit by bit, it settles in and lets go. And, once the baby gets quiet, keep going. Stopping to early can put you back at ground zero. Then, lay the baby down.

Your Self, neglected for so long, is like a fussy baby. Don’t lay it down or go run and do something else. Exact wrong move. Just keep it up. And then overshoot.

The bad news is, how long this takes is different for each person. The good news is, because self-love is your natural state, it doesn’t take nearly as long as it did to create the abusive dynamic with the Self in the first place. The cherry on the hard-talk sundae is: This is something you just have to push through, until the wall breaks.

People ask me all the time: How do I push past internal walls? You just push.

Well yes, but how do I get past them, Asmoday? You just keep pushing.

Well for how long? Until they break.

Of course, you’ll get rewards along the way, trust me. But only if you keep pushing.

Did your arms give out? Are you tired? Fine, then stand there and lean hard. All push is good push.

Internal walls are the real litmus test for who has it and who doesn’t — because its not about skill, or lifehacks, or luck.

It is will and time, nothing more. It is the choice to stop only when the wall has fallen and not a second before.

The practice of self-love, works. It beyond works. It is transformational.

In many cases, it is the missing key that causes the lock to click and releases all that suck-ness and stuck-ness. Things just magically start aligning once the self-love starts to really flow.

Remember, you seek out on a deep level things which match your internal, true esteem of yourself.

If the esteem sucks, so does your life. As Within; So Without.

The other choice is to rationalize what I’m saying and go back to all the willful ignorance. But, we know where that leads, don’t we? At best, it leads to a relationship with a partner you can tolerate, who occasionally makes you feel alive, but mostly just keeps you down on their level, your level. It leads to a job that maybe promotes you a time or two and pays the bills along the way, but otherwise still leaves you with monday-morning dread. It leaves you jumping from distraction to distraction, games, movies, sports, clinging to anything that keeps your attention away from that mirror and what you’ll find there. And, spoiler-alert, we know how the story ends. A final moment, sucking for air clinging to a wasted life as your lungs fill with nothing but regret, passing you into the eternity of mediocrity.

Is that how it ends for you? I hope not.

Does thinking about that make you uncomfotable? Good. Embrace that fear and use it. Let it push and guide you.

I hope to see you on the other side of the wall. The view is amazing.